Skip to main content
It looks like you're using Internet Explorer 11 or older. This website works best with modern browsers such as the latest versions of Chrome, Firefox, Safari, and Edge. If you continue with this browser, you may see unexpected results.

A selection of content from the 'Great University Strike of 2018'

Against the Slow Cancellation of the Future

Scholarship, education and the strike

The USS strike stimulated opportunities for reflections and discussion on the state of scholarship and education  across UK universities in the form of 'teach outs' on the picket line. The strike also resulted in what John Jacobs has called a 'protestival' or 'carnival of protest' which is reflected in the numerous songs, stories, poems and satirical parodies that were enacted to protest the manner in which UUK and UCU negotiations took place and neoliberalism and the demise of public education.

Why'd you do it Sally (Sell Out) - A Sussex Original Song

Ed. Badger to the Rescue

This one is the omnibus edition, for @ReadingUCU and #DinosaurOfSolidarity fans everywhere. The pages so far and the next installment...I'm going to tweet as replies to this so wait for my slow thumbs to finish ... pic.twitter.com/rDpQW5vi5d

Demanding the Impossible: A Strike Zine 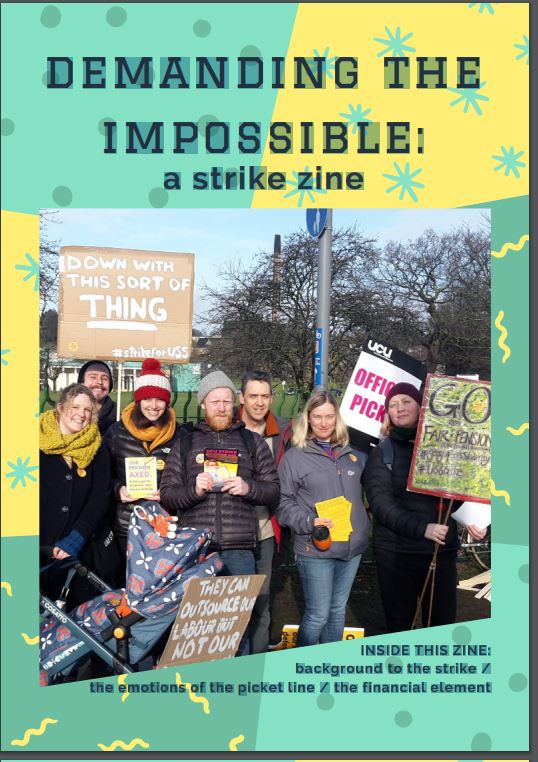